POWER’S IN THE FAN’S HANDS 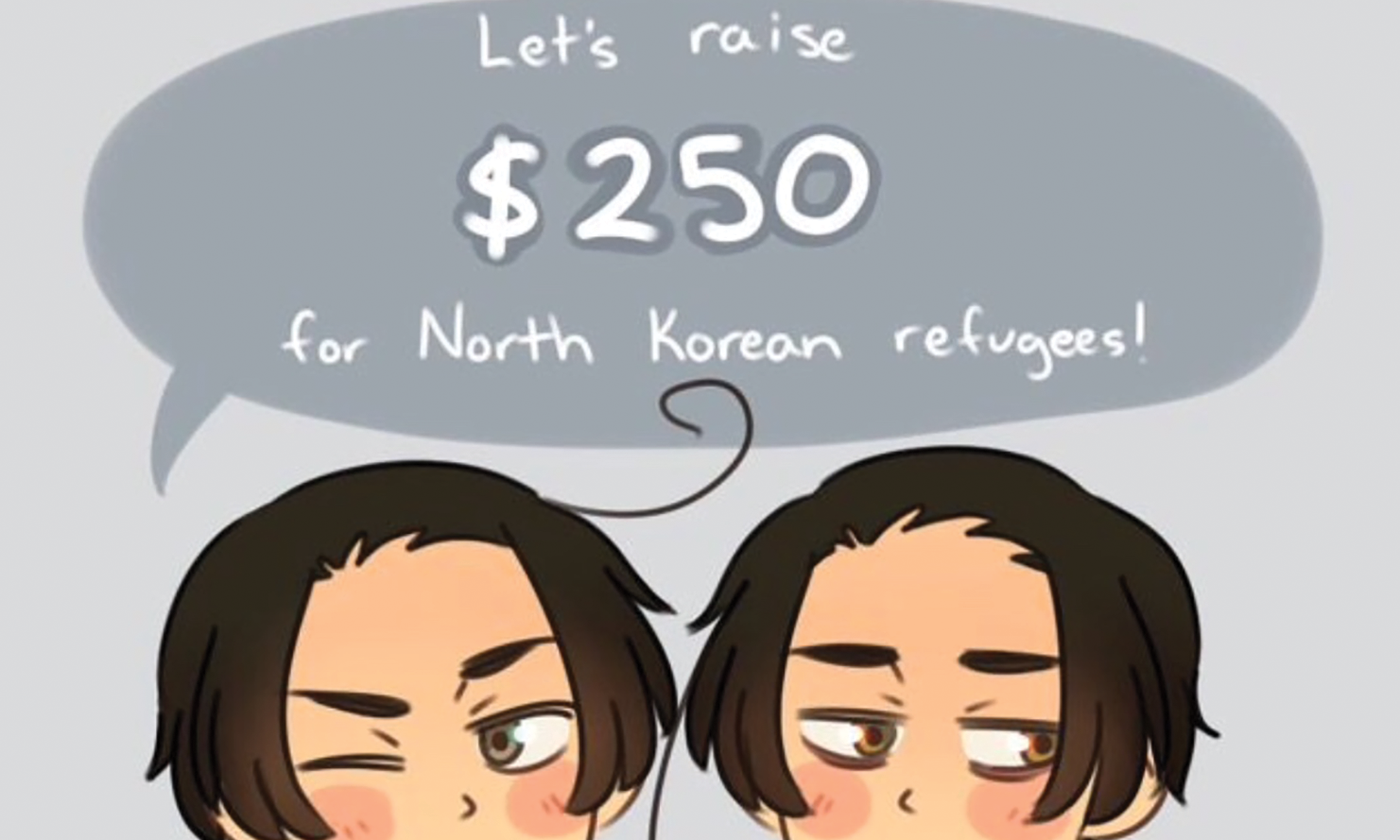 Fandoms have now made a huge jump from being a touchy subject at the edge of our culture, to being recognized as forces for change.

People are already helping their own fan communities make this transition by supporting issues that are affecting our world. This new trend is impacting fandom as a subculture in a way that people do not understand until they ask other people in these communities by posting polls and questions about the topic on social media.

The days where people used to send handwritten letters to their favourite media sources via the post office and mobs of teen girls chasing after their musical heart-throb or silver screen idols are long gone. Fans have now made strong willed communities that are capable of challenging negative backlash and bringing a beacon of hope for the world’s injustices.

The alliance started in 2005 with the idea of channeling the energy around a pop culture phenomenon like Harry Potter into social change.

“Since then, we’ve donated 400,000 books around the world, sent five cargo planes of supplies to Haiti, convinced Warner Brothers to make all Harry Potter merchandising including chocolates fair trade, and trained thousands of young and first-time activists in how to change the world joyfully,” Bowers said.

“We’re still doing all of those things, and we’re working with even more fandoms now,” She said. “These include Marvel, Star Wars and more.”

Star Trek is the one show that plunged professor Henry Jenkins into an academic career in fandom studies and participatory culture, but he had been a fan of Batman ‘66 and Universal Monsters as a child. Going to fan conventions since he was in his early 20s, Jenkins says he witnessed passionate, creative, and reflective conversations within fandom.

However, he was surprised to how negative most representations of fans and fandoms were in academic writing. An example of this happened when he started writing school essays that had to do with fandom, and his professors would not accept them due to that bad reputation that these two concepts had in society.

“I wanted to challenge those representations,” Jenkins said.

Jenkins is also a professor of communications, journalism and cinematic arts at the University of Southern California in Annenberg, though his 30-year-old contributions to the field of fandom studies still stand.

“Social media transformed fandom – increasing the speed with which discussions around television content took place, allowing many more people to access the fan community,” he said. “[Social media is] connecting fans together from around the world, and enabling them to more effectively coordinate their efforts.”

Jenkins’ biggest surprise while working in the field of fandom studies was the discovery that the media industry was increasingly courting fans and using engagement as a primary measure of success.

“As the amount of television expands, producers are discovering that fans (in fandoms) are among the most valuable consumers – most likely to watch every week and spread the word,” he said. “By some counts, the typical fan brings as many as 20 other viewers to watch their favourite shows.”

“Today, reactions start to spread through social media by the first commercial break. This creates a different dynamic: real time responses, repeated engagements day by day creates a deeper sense of community, especially amongst affiliates who would otherwise be geographically isolated,” Jenkins said.

Liberty in North Korea is an annual donation campaign based in the U.S., but has people from South Korea and China helping the cause. It was founded by ‘Circe,’ a member of a fandom community who pulled out that nickname out of thin air at the time and sort of liked it. The people, who support ‘Liberty in North Korea’ are part of a historical satire anime series fandom featuring a group of personified nations called Axis Powers Hetalia or APH for short.

This fundraiser benefits people, who want to escape North Korea and has officially been running through Tumblr since 2017.

Circe said she started the fundraiser after watching the controversial movie ‘The Interview’ back in 2014, which was eventually pulled out of theatres because of its content. The movie was about two men who went to North Korea to interview Kim Jong Un, the country’s leader, and tried to kill him. Circe says she couldn’t believe that people thought that it was ok to pay eight dollars to watch it.

“[The money] could have better spent donating to help people, who are actually, honest to god, affected by the dictator.” She says.

Although fandoms weren’t always seen in a positive light.

Jenkins saw the negative attention fandoms were receiving in the ‘90s. He wrote a book, defending fandoms and introduced a brand-new topic into the field of fandom studies called participatory culture.

“That’s why I wrote Textual Poachers: Television Fans and Participatory Culture, which was published in 1992,” he said.

Jenkins says there had been a few writings about fans across a range of fandoms before 1992. “But that year saw four or five major books on fans and fandom appear, introducing a critical vocabulary for thinking about the creative work of fans, rather than see them purely in terms of consumption,” he said. “That turned out to be a key year in the emergence of fandom studies.”

Fan groups also bring the most iconic characters out of their respective franchises and into real world to support causes that are affecting it.

Sometimes fans’ creativity can even resurrect a beloved character, like when the Sherlock Holmes’ creator Arthur Conan Doyle revived the main character of the franchise after the fandom had published dozens upon dozens of fanfiction stories.

“Princess Leia becomes a symbol of resistance to Trump, the Handmaid from The Handmaid’s Tale become icons of struggles over reproduction rights, and the Dreamers have used Superman’s immigration experience to tell their own stories,” Jenkins said.

The mascot of the Liberty in North Korea fundraiser, Sang Kyu personifies the country. She made a Tumblr ask blog for the character before she started campaigning to help the refugees in hopes that people could relate to the situation that has been going on in North Korea through the blog.

“Most people have never met a North Korean before, but anyone who follows the blog can say they’ve ‘met’ Sang Kyu and that gives them something to relate to,” she said.

The Harry Potter Alliance has protagonists Harry and Hermione at the forefront of their campaigns to support climate change, education, liberty, and social equality (i.e LGBTQ) among many other causes.

Bowers always wanted to have a job that had to deal with social justice, so finding the Harry Potter Alliance was like a dream come true. She says that a lot of wizard activists have to go to the HPA first through the fandom.

“They aren’t even career, or even hobby activists,” she said. “They are fans who find their way to activism through the HPA.”

Bowers said that fandoms can act as a way for communities to create more diverse stories out of existing works of fiction.

“For example, our friends Robyn Jordan and Bayana Davis of Black Girls Create were huge Harry Potter fans who wanted to see more diversity in the series and in fandom spaces,” she said. “They started Black Girls Create, which hosts podcasts, fanfiction and articles that encourages other black women fans to create and make their voices heard within fandom – they have built an incredible and supportive community and helped make fandom a more inclusive and welcoming space to more people.”

For Jenkins, writing and publishing fanfiction, regularly attending conferences, and publishing critical essays in fandom through the years has opened a window of possibilities for him to make the transition from ordinary fan-boy to an academic fan or ace fan for short.

Similar to Jenkins and many other fans, Circe started off in fandom by drawing and writing bad crossover fanfictions. However, her transition from blogger to founder of Liberty in North Korea was not that difficult. She says all it took was throwing the link up on Tumblr and reblogging it every couple of days alongside her regular posts.

In contrast to Jenkins and Circe, Bowers spent her time swapping with people on the MuggleNet message boards and going to midnight releases of Harry Potter movies.

MuggleNet is the number one Harry Potter fan site alongside HPA, that also runs as a Harry Potter news outlet. They also host charity events and take part in typical fandom activities while reporting on events as well as movie and theatre reviews.

Circe said that she might campaign for freedom in North Korea again this summer, and post the advertisement on fan site, Amino Communities and Chats to try and achieve her goal of $250.00 every year. She was surprised at first because of how much support her fundraiser was getting.

But perhaps it shouldn’t be that surprising. Fandoms round the world have found new power in numbers to make change.

If there are people who want to help a refugee from North Korea, Circe is encouraging them to make a donation to fundraise.libertyinnorthkorea.org/fundraiser/ask-north-korea.

Bowers is now calling for any fans of Harry Potter to follow the Harry Potter Alliance @TheHPAlliance on all major social media channels and sign up at thehpalliance.org/joindumbledoresarmy.

Everyone Has a Podcast But You

How Nature Inspires Innovation and Creativity

The Truth About Athletes and Mental Illness