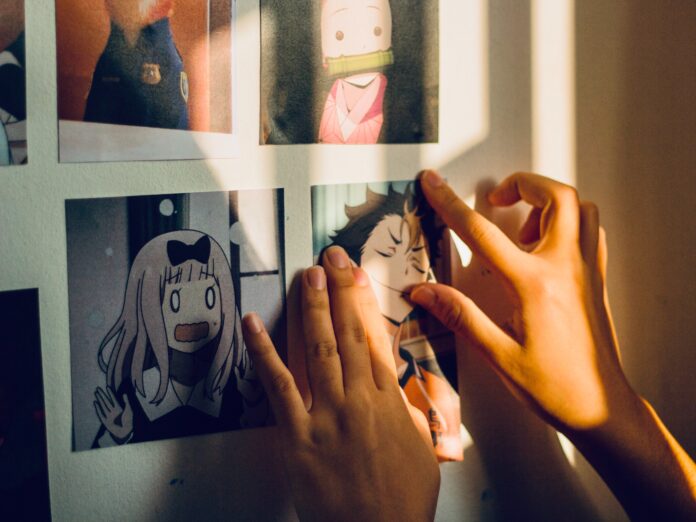 The term anime comes from Japanese animation, in the forms of movies and TV shows. Anime TV entertainment originated in Japan in the early 1910s. Japanese animation developed further in the 1950s to 1970s. During this time, anime became very popular in Japan and has even gained attention in North America. The U.S. adapted many popular anime shows and movies that were released with translated subtitles and even English dubbed anime. The U.S. first taste of anime was the series Astro Boy in the 1960s.

As the 2000s hit, anime blew up in North America and around the world with shows like Sailor Moon, Naruto and InuYasha gathering audiences.

Today, anime has grown even more. In 2021, Statista released a report showing that overseas, the anime business had made about $13.7 billion in 2019, making anime the leading breadwinner for the Japanese entertainment industry.

Japan has released about 150 shows annually since the late 2000s, and the number is estimated to grow even higher as more and more production companies pop up.

With the increasing demand, the industry seemingly cannot keep up. In turn, the industry has decided to pump out as many shows that can make money, underwhelming fans with productions like Diabolik Lovers, an original video game adapted into an anime seemingly as a cash grab.

“Anime plots have been appealing to me less and less,” said Kale Burke, the CEO of Toronto Anime Social Hangouts, who has been a big fan of anime since his high school days. Now the leader of a popular anime club in Toronto, has noticed the shift in anime production quality. “Anime is a competitive market being primarily produced by a single country’s worth of talent and pulling from primarily a single cultural reference. While Japanese culture is rich and deeply complex, I believe anime has pulled most of the meat from its bones as it grows more and more commercial,” Burke said.

Burke said that he thinks changes are normal in the industry.

“Every community has phases that they go through where things change and fans don’t like it and is merely a byproduct of our culture being replaced with a new one. It’s hard to watch the stars blink out but one door closing opens another,” he said, with optimism for the future anime generation.

Anime generates a great deal of money. However the creators of the original work don’t see many of the profits their publishers make.

Shingo Adatchi, an animator and character designer for the worldwide hit series Sword Art Online said in an interview for Vox that there is a serious talent shortage in the anime business. The Vox report outlined that with the more than 200 anime series being released each year, large anime companies hire freelance animators and pay them almost nothing for their work. This “shortage of talent” could be the answer as to why anime quality has been in a decline.

The harsh reality is that even if an artist moves up in ranks, their annual salary is still low which is estimated at $10,000. The average anime producer salary is nearly $60,000. A survey conducted by Japan Animation Creations Association done in 2019 shows that the general salary of an animator is about 1.5 million Japanese yen, which translates to only about CAD$17,000.

Some animation companies also have something called “in-between animators.” These animators work on creating the transition scenes. They make less than USD$2 for each drawing they submit.

A simple answer as to why there is such a shortage for talent is that these people cannot afford to live off the small salary that they earn from being animators. Many people will ask the question, “since there is a shortage of talent and a high demand for anime wouldn’t that result in higher pay?”

Unfortunately, anime production companies found a way to save money by hiring only freelancers and putting them under contract until the production they are working for is over. Once their work is done, they’re laid off.

Simona Stanzani, a translator in the anime industry for nearly three decades, told the New York Times in February 2021, a problem with the industry is the structure of profits which flow to studios, and since there is “a nearly limitless pool” of young and passionate newbies dreaming of making it big in the industry, these young people are being taken advantage of.

Almost every single anime is an adaptation from a manga. Manga is the Japanese version of a comic book and every single page is hand drawn by the manga author and artists. According to a manga insider called Silent Manga Audition, writing, drawing, and publishing one manga issue for a magazine takes about a week. Making an anime takes even longer than that. As computer animation has not fully taken off in Japan, every single frame is hand drawn.

Anime has become a global phenomenon. Whether fans are pleased or disappointed with season releases, the industry will benefit no matter what. Studios will do whatever they can to prop up the genres that get the most attention and profit . A hidden result of this phenomenon is the rise of cult-hit animes such as Mushishi and Tatami Galaxy. Two shows that never competed for top ratings but still found a place in the hearts of fans.

BUT MAKE IT FASHION

Refresh At Your Own Risk