Women v.s mainstream media: the price of publication faced by women in the newsroom 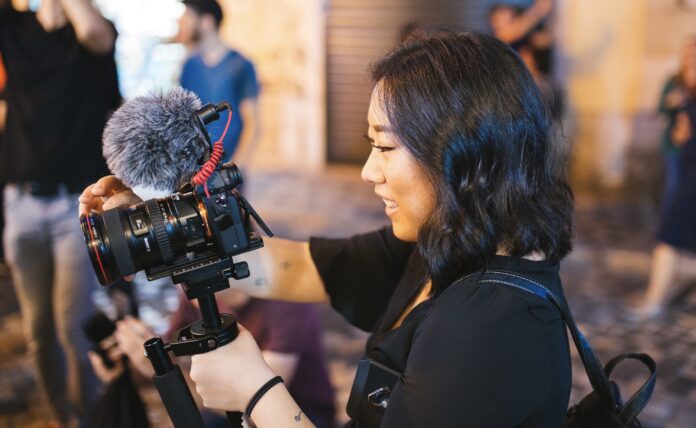 ‘Female journalists have shared stories of being called sex objects, trolls comparing them to Nazis, and people posting threats wishing them harm.’

Although newsrooms have become more diverse, women in media still face many on the job challenges.

Jennifer Pagliaro, a City Hall reporter for the Toronto Star, shared her experience in the news industry. She explained the newsroom is full of amazing female reporters who are very encouraging, although some journalists will consider you competition.

“I have felt, especially in politics, underestimated as a young female reporter, but I find if you let your reporting do the talking, people quickly learn not to make that mistake twice,” Pagliaro said.

Although there can be challenges, Pagliaro assured young women that there are other female journalists standing behind them and empowering them to do well in the field and offer support.

“Look for people who you can confide in if you feel you are being treated unfairly and talk to those mentors about how best to stick up for yourself in tricky situations,” she said. “Remember that male journalists often don’t feel intimidated asking for raises, resources, and other things they need and we should feel empowered to do the same.”

Beyond the newsroom Pagliaro has faced harassment by readers and was once called a “crypto-Nazi”.

Many women in the industry have to deal with being sexually, verbally, and physically harassed.

Evelyn Kwong – a digital producer and breaking news reporter at the Star – has received backlash for how she identified herself. Kwong said she receives hate mail and death threats from people containing racial slurs and saying that they hope she would get “raped to death.”

When I asked Kwong about the backlash and sexism she experiences, she explained that she faces it almost everywhere, especially online, thanks to her Chinese-Canadian background. She said, “To many women in the industry, specifically [for] women of color, it’s not rare. While we don’t take up much of these spaces, there are additional barriers by the online community that try to silence us.”

When asked if she sees a time of true equality as a possibility for women, Kwong was hopeful but reinstated this fight will need louder voices.

“There’s hope, but there will need to be people who speak up and fight back for women in the news industry.” But she also said that it isn’t just about men and women, but the “intersectionality of different backgrounds,” she said.

“There [has] been discourse in the industry about gatekeeping women, mostly white women, who gain positions of power and do not do enough about bringing up other women,” Kwong said.

What many people in the newsroom don’t realize is that not only do female journalists have to deal with people harassing them, but they are also often mistreated for being women. Not to mention being sexualized, another large issue, which can make them feel unsafe.

Ann Marie Elpa, another Toronto Star journalist, said when she got to the Star, she experienced moments where some of her male co-workers explained the basics of journalism like what a lede is.

She described this as “mansplaining.”

“Every time I said something in the newsroom, people wouldn’t take it seriously, saying oh that’s just Ann,” she said.

In one of Elpa’s op-eds, she wrote about how sororities mainly consisted of white women but are now allowing more women of colour into them and also spoke about racism at college parties. After getting her story published, she read through some of the comments and recalled one that was particularly degrading. The comment was: “you are just a slut for white people.”

Women are vital and can bring ideas to the table that men can’t due to them not knowing what being a woman in a man’s world entails.

Bodychecking Banned in OHL Due to COVID-19