Flourishing brains and real instrument are better together 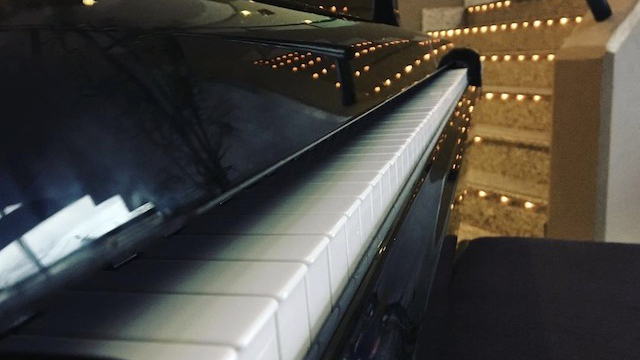 ‘Ah yes, good old innovation however, what does digitized innovation do to the brain, compared to creating with and listening to real instruments.’

For music listeners and creators, an interesting topic has made itself known in conversation over the years. Are real instruments better for the brain than digitalized instruments, when creating and listening to music? How does this impact stimulation and intellectual growth, and why is it important to know what’s happening in our brains internally, when digesting and producing music?  Amongst the different paths that life takes us, music is always nearby. There are interesting reasons why instruments are better for our minds than digitized sounds and this may tickle your creative side. Trevor Cooper, a music theory teacher and musician at the University of Toronto says creating a top notch sound system can be done in many ways however, nothing beats the human tactile and sensory connection music provides.

“You can make impressive sound systems, but it’s just really not the same thing as sort of being one with the music or the kind of sonic space that you have,” Cooper said.

When a person learns an instrument, for musical production or for fun, the intellectual growth of the brain is astounding. According to Instruments of Knowledge: Music and the Brain, a research article from 2016, conducted by St. John Fisher College, found learning an instrument exercises neurotransmitters in the brain which help to make connections in the corpus callosum. The corpus callosum is similar to a giant informational bridge that delivers sensory messages to the left and right sides of the body. According to Your Brain on Music, a University of Central Florida magazine article, the left and right hemisphere work together allowing for complex skills or body movements to be carried out. By learning an instrument and exercising various sections of the brain repeatedly, it becomes quicker and easier to retain and memorize other complex information with intuition and logic.

Cody Ray, a neurological therapist from the University of Toronto, further supports brain connectivity by explaining how the left and right hands operate when playing a piano, to activate the corpus callosum.

“I think intentionality is a big thing because if you’re resting your hands across the midline and playing with your left hand on the right side of your body, then that’s causing the corpus callosum to activate which is the two hemispheres of the brain. That is a really easy way to enhance your brain connectivity while you’re engaging in music,” Ray said.

Michael D’Arolfi, owner of Good People Production studio in Toronto, shared his thoughts about instruments being a large part of his life since the beginning. Instruments helped to strengthen his mind and skills in various aspects of his life.

“I was diagnosed with focusing disorder, ADHD, and short-term memory loss. Learning as a kid helps me grow out of those things, learn to cope, and deal with those things. Definitely takes a lot of patience and focus, to learn an instrument and even to memorize things you learned, to keep reading chords and scales,” D’Arolfi said.

Why can different frequencies disturb or benefit my intelligence when listening to music?

Digital synthesizers are removing the need for real instrument sounds, like a piano’s keyboard timbres, which alters the frequency we hear. The sound of a real instrument can benefit a person’s intelligence when listening to music because it can activate kinesthetic memory and motor imagery, which can bring on pitch identification, according to Auditory Cognitive Neuroscience hypothesis article.

“So, there’s a self-reflection or kind of awareness as you’re playing, whereas visual recording or playing a digital instrument, it’d be more like putting music into a typewriter,” Cooper said.

The impacts of musical instruments

Binaural beats are thought to alter a person’s brain waves to certain mental states, whereas solfeggio frequencies were believed to create health benefits, according to research and suggestion from the article in Vivama.

According to the Sleep Foundation’s article by Tom Ryan, binaural beats are two tones at different frequencies. Between these two tones, our brains create a perceptional third frequency. This third frequency is the brain balancing, to help figure out the location of a sound. Binaural beats, created at different frequencies, can impact brain wave activity. For example, Theta patterns which are frequencies between 4 hertz and 8 hertz, are waves associated with meditation to help the brain to rest. Beta waves can range from 13 hertz to 30 hertz and are associated with an alert mind, however, Beta waves are also associated with disturbances such as irritation and anxiety. Hertz is a metric used to differentiate frequencies and it measured the number of electrical current cycles per-second, according to the article from NC Hearing Loss.

“If I’m playing like a drum or a guitar or something, as soon as I touch that instrument, I’m getting the feedback of the sound. I’m also getting the tactile feedback. I’m getting the broader sensory experience. Whereas the digitized can lag and there can be latency,” Ray said.

Learning to play an instrument works and stimulates more than one part of the brain at the same time. According to that same Instruments of Knowledge study, playing an instrument requires the connections of the emotional, visual, sensory, auditory, and motor sections in the brain’s nervous system. This multi-tasked workout for the brain requires different levels of coordination that simply cannot be achieved by even playing a sport.

“There’s the tactile element, you have to have body coordination and limb coordination, there’s a lot of the temporal aspect of it, where you have to coordinate what’s going on in time, even further you have to read music or tablature or notation,” Cooper said.

In relation to Your Brain on Music, musicians and listeners can visualize music scores when listening to music because of what happens in the occipital cortex, which is the visual cortex. The occipital lobe allows for the brain to process information in a visual form when listening to music and insinuates that a person can visualize a musical note or pitch. The Temporal lobe, which is the auditory and language centre, are also partially used in this process because of the initial digestion of what is heard. Musicians share their thoughts on adapting to another instrument and visualization sometimes comes into play during this action.

Cooper said that pitch, intonation, visualizing notes are all a part of the instrumental experience.

“As a guitarist myself, I play hundreds of guitars, but if I go to festivals or meetings, I often or almost all the time, spend time playing other people’s guitars and playing instruments because you have to keep an eye on what’s out there and how other instruments work.”

Music can have an impact and influence on a person’s life and after knowing what happens in the brain internally, there’s a new appreciation for the instruments. The physical and emotional bond a person has while playing their instrument or listening to a favorite song, becomes reinforcement for the neurological side. Just like the historical instruments we cherish, the astounding brain should be cherished also.