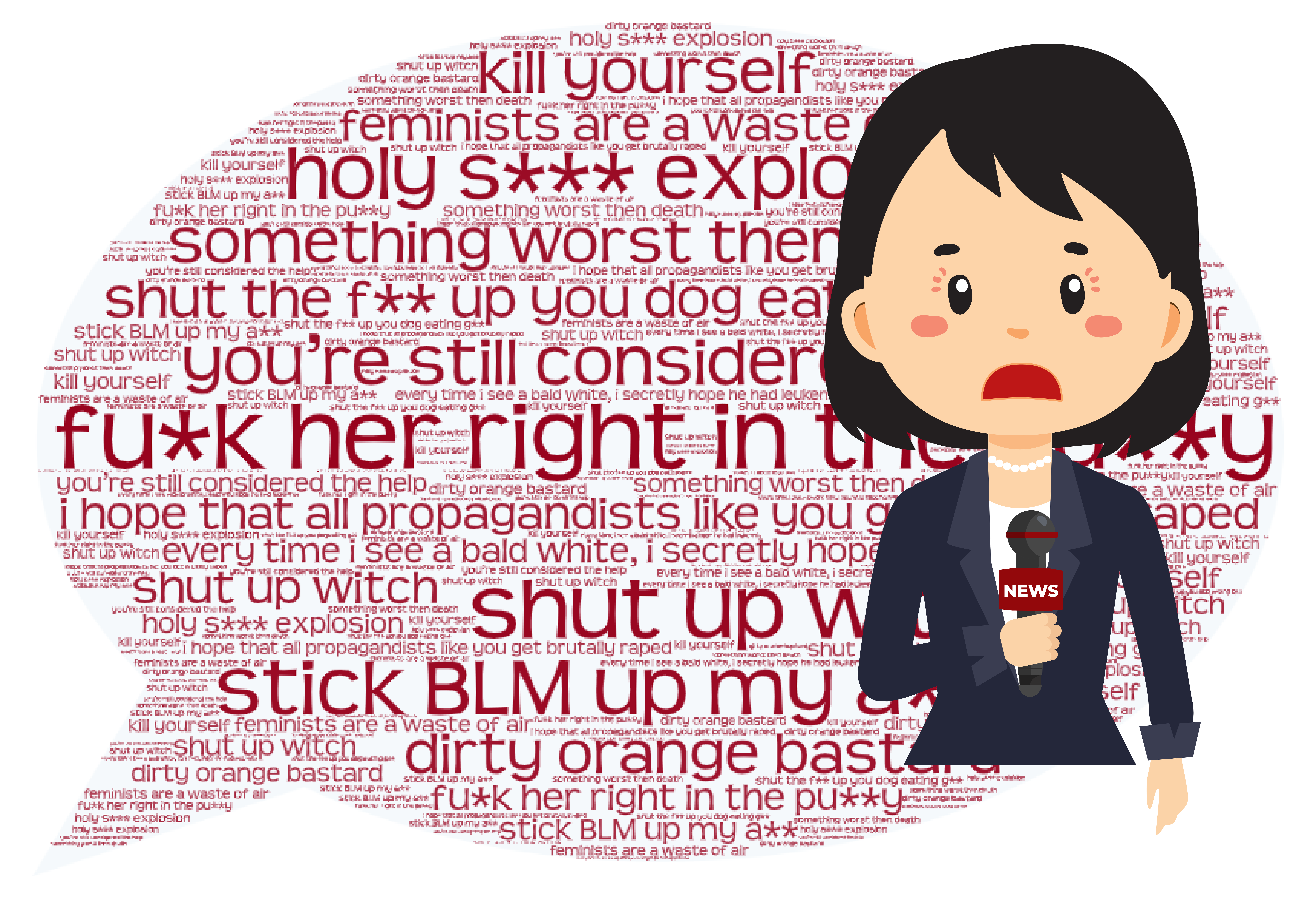 Erica Ifill remembers International Women’s day during a panel discussion being challenged by the former Lieutenant Governor on her views on racism in the British monarchy. This was one of many incidents in which she faced backlash in her media career.

“I received more backlash in 2014,” Ifill, columnist for The Hill Times, said. She remembers facing backlash early on in her media days.

“Personally, I’m unfortunately used to misogynoir everywhere,” Ifill said. Misogynoir is a form of misogyny directed towards Black women. “That is the difference, if you’re a racialized woman, or if you’re a non-cisgender woman or even if you’re an LGBTQ woman… We experience this kind of intersection of race and misogyny…”

She recalls posting stories and experiences of being a Black woman, a professional, especially a professional black woman in this country. “For black people, I was a voice. For others, I was a threat to their idea of what this country is,” Ifill said.

Within the last six years, the idea of discrediting a media organization solely on a difference of values has become a dangerous fight.

World leaders who have publicly attacked the media have seemed to open up the gates for consumers to voice their unfiltered opinions.

“Individuals’ feelings about the media are typically affected by their experiences with the media at large, be it in what they read/consume or how they are treated in interviews or articles,” MacLean’s reporter Jason Markusoff said. “Negative experiences will colour how someone treats the media. The inverse is true as well, fortunately too,” Markusoff said.

What they may not know is that there is an ethical code among journalists to only report what they know. Now, with a new generation of readers who can be very harsh at times, there have been many threats and plenty of backlashes thrown at the media. All of this has been amplified by the easy accessibility of social media where similar views can be shared with little-to-no consequence.

“Social media is a location where you can organize backlash easier,” Nora Loretto, a reporter for the National Observer and the Washington Post, said. “Social media has definitely made threatening easier.”

The backlash itself has had a number of targets, including media organizations altogether or individual reporters. Organizations like CNN had their reporters, like Jake Tapper, barred from press conferences held by then-President Trump.

“The Trump White House thinks it can punish reporters for sharing with you facts that they do not like,” Tapper said on-air in response to the ban.

The censorship that happened as a result of the ban brought the media’s integrity into question and to the forefront of the minds of viewers and readers alike. It became a “them versus us” mentality.

Alexandra Heck, a reporter with the Brampton Guardian and Mississauga News, said her colleagues have received more personal messages and backlash than her, but she has had some angry emails directed towards her as a result of her work.

“I would have to say I’m luckier than other colleagues,”  Heck said.

“I’m not sure if a lot of people really see reporters as human beings, to be honest. You know, the ubiquitous blob that’s called the media that controls how everyone thinks. I think there’s [sic] a lot of people that see journalism that way, which is, how do you change that?” Heck said.

Although harassment against journalists is vastly increasing every day with threatening emails, comments and posts, female news reporters tend to see more of the hate towards them than any male journalist would.

“I would say women reporters… they get very, very unfairly picked on,” Heck said.

An example of recent female harassment in the media is CityNews reporter Shauna Hunt. While on-air filming a sports segment, Hunt was rudely interrupted by a group of men making sexist remarks about her. Stopping her segment, she confronted the group of catcallers and explained how unprofessional it was and how degrading it was for all women.

“It’s a disgusting thing to say; it’s degrading to women… I’m sick of this. I get this every single day, 10 times a day by rude guys like you,” Hunt told them in the video.

According to a study called The Conversation, 73 per cent of female journalists have all experienced some form of harassment, be it online or in-person. This includes people threatening their lives and attacking them for what they believe or for stating the facts in a news story.

Loretto said she has had credible death threats and also an anonymous complaint put into child services, which was easy to disprove, thankfully. “Had it been an abuse complaint or something more difficult or more serious, that would have been a lot more scary,” she said.

Women in the media seem like they have more to lose and can seem like an easier target for online or in-person hate. With women journalists — especially women of colour — being sexualized and targeted while on the job, it is much easier for a local reader to post their hatred toward them online.

Female journalists of colour tend to get the worst of the backlash online.

Ifill said just before GamerGate in 2014 there was a situation that happened with a Black woman that didn’t get nearly as much coverage.  “At the end of the day, it’s only a problem when it happens to white women and white women in power.”

“There’s even more racialized women journalists than men, and the kinds of shit they put up with are unacceptable and constant and need to be condemned,” Loretto said, fighting racial discrimination and misogyny against women journalists.

Further adding to the problem for the media are the accessibility and use of social media. While a powerful tool and often reliable for information, the internet — social media sites in particular — has become a source of rapidly-spreading false information, which in turn causes more anger towards news organizations.

“I think the culture around social media and interacting with the paper… People felt more emboldened to really tear down the reporters,” Heck said.

It’s easier to hide behind a screen and write out hateful comments about someone and about their family all because a reader didn’t approve of someone’s opinion or the stats that were provided in an article, rather than saying what readers really feel in person because of the comments they would receive back.

Facebook is one of the biggest social media platforms in the world, but also the one with the most hate being spread on it. Journalists, who usually connect through Facebook, see a large amount of hate filling their home pages and their inboxes.

“Online trolls” tend to find pleasure in tearing people down about their work, finding little things to say about them and their ability to do their job. Some of these online hate comments can tear down the targets’ confidence, affect their mental health and also cause them to second guess how they do their job.

According to a study written by BNN Bloomberg, more than 1,000 journalists face mental health struggles due to the consistent abuse and harassment that they face online. To remove themselves from the hate comments, some media workers tend to deactivate all their social media platforms. “I think we have a big harassment problem everywhere,” Ifill said.

Ifill said there needs to be a conversation about the power social media holds. “Nothing online stays online,” Ifill said.

However, harassment can also stem from the distrust between the media and the readers. Many readers already have the mindset that journalists spread lies and hate against whoever or whatever they may write or speak about.

Many people are concerned about the biases journalists may bring into their news stories, rather than just sharing “real facts,” and some people may think that the media is just sharing what readers and listeners want to hear.

“There’s sort of always been this idea of a liberal bias of the media,” Brent Jolly, President of the Canadian Association of Journalists said. ‘It’s sort of a fairly well-known fact.”

Controversial topics play a big role in this because of how the media sees them, to how the rest of the world does, which is the media only seeing the negative things in and around the world rather than the good.

A study by Sage Journals shows that regular consumers distrust the media because of the power they seemingly have over others and whether that power is abused or not.

Finding trust in the media can be very difficult to gain back if lost. While many people are saying one thing and the news is saying another, listening more intently and gaining more knowledge on the facts that come with whatever story is being written or broadcasted is integral.