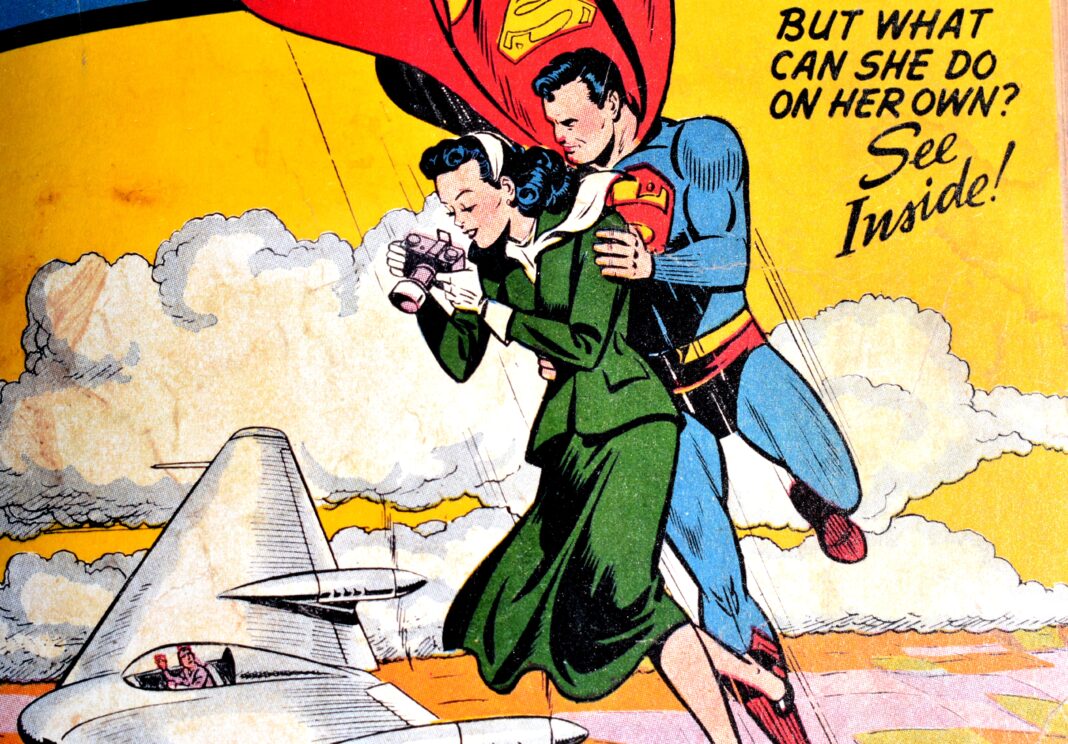 From ruthless crime reporters to ditsy fashion writers, the stereotypes placed upon female journalists in movies are endless. Portrayals of journalists such as Bridget Jones, Lois Lane and Andy in the Devil Wears Prada are not always the most flattering or honest.

They may seem like harmless film archetypes, but the skewed views of female journalists in the media can have unfortunate effects on an already waning and seemingly untrustworthy industry.

In a survey of 1,500 Canadians conducted by the CBC, nearly 50 per cent of participants said they believe journalists are purposely trying to mislead the public through false claims and exaggeration. The stereotypes of journalists portrayed in movies may play a part in pushing these negative views.

“I think they [stereotypes] can be negative, especially for women journalists. They can create rather sexist stereotypes concerning real life women journalists, the idea that they do things that are unprofessional, for the sake of getting a story. And at their worst, they can feed into sort of the negative stereotypes of the media as the enemy of the people and being kind of a menace to society,” Matthew C. Ehrlich said.

Ehrlich is a journalism professor emeritus at the Illinois College of Media. He also penned the book “Journalism In The Movies’, a deep dive into journalism archetypes displayed in movies in the 20th century.

Ehrlich spoke to Convergence about how stereotypes that were discussed in his novel still exist today, even as the journalism industry changes rapidly.

“There is the hard driving female reporter who is as good as the men are in pursuing the news, but is also seen as sometimes trading sex for stories. That’s one of the more pervasive and negative stereotypes that’s lasted for a long time,“ Ehrlich said.

This trope is ever-present in films, and the genre in which it is most common is the romcom.

In the movie “Trainwreck” (2015) Amy (Amy Schumer) is a reporter writing a sports profile on Dr. Aaron Conners (Bill Hader).

“She knows nothing about the stuff she’s supposed to be writing about, which is like, if that happened to you as an actual journalist, she would be kicked out of the interview, you know for doing a shoddy job of preparation. But with her it seems kind of adorable and cute and she doesn’t know anything about sports medicine and he finds it adorable, and then they end up having a relationship,” Elizabeth Renzetti said.

Renzetti is a columnist and feature writer at the Globe and Mail. She says romcoms often show the idea that women only write lifestyle stories, and that the only women who are interesting in a romantic comedy are the ones who are doing lighter topics in journalism.

Romcoms often depict women writing for magazines or gossip and advice columns in newspapers. They often write specialty columns on design, fashion and relationships. Their jobs are seen as ‘fluff’ journalism, a term that is often used to describe topics in journalism that are mostly women-dominant, and are often not perceived as “real journalism’’.

“We see in the real world a lot of demeaning of women journalists. You know, we see reporters having horrible, hateful, sexist language yelled at them when they’re doing live stand ups, or female journalists being targeted online. So there’s an actual real-world problem with sexism that I think is not something that is ever highlighting these movies,” Renzetti said.

Renzetti says that though romcoms are often comedies, their light-hearted plots can sometimes sugar coat the deeper issues women in the industry face.

In the movie “Morning Glory”, a chaotic, workaholic television producer Becky played by Rachel McAdams gets a job as a lead producer on the morning newscast “Daybreak”. She is tasked with bringing up the ratings of the morning broadcast that haven’t been doing so well. To do this she must enlist the help of Mike Pomroy (Harrison Ford) a famous evening news anchorman. The main conflict revolves around Mike not believing that the stories covered on Daybreak were real news. This is one of the many examples of the stereotype of lifestyle news not being “real journalism,” which can lead to women being looked down upon in the field.

Nearly 70 per cent of the journalists depicted in these films were white.

“I can’t really think off the top of my head of movies that I enjoyed watching that show Black journalists. I think if they had more black writers and creators at the forefront of creating this content, I think we would have more representation of Black journalists. Obviously we’re out here and we’re making tons of content… and so I think it just has to be that we have to get to the table of creating the content for there to be more representation for us in these movies,” Brittny Pierre said.

Pierre has been freelance writing for nearly 10 years, with her works published in several different publications throughout the United States and the United Kingdom. She focuses on entertainment and aims to amplify Black voices and movies in predominantly white publications.

She says that there is a lack of women of colour in romcoms and that when Black women are featured in a film, they often display the same personality tropes.

“There’s like this trope, Black women in romcoms that they’re like, uber successful and very career driven. And their personal life is lacking a lot of things because they’re so focused on their career… And that’s kind of always the trope in all these romcoms that have Black women in it, that she’s overachieving. She doesn’t take time for self care and for love,” Pierre said.

Pierre also added that the portrayal of overachieving Black women doesn’t reflect who Black women are in reality.

“I think it does create a stereotype about black women these days. Like I look at the conversations that’s generating on Twitter about Black women in general as always, that they’re too career-focused. And I don’t really think that’s really the case,” she said. “I think a lot of us really would like to have a relationship or pay more attention to our mental health and we are trying to balance everything that’s going on in our life plus what’s happening in the world. And so I think that we just get this negative connotation about it, but there’s nothing wrong with being career-focused. I think every woman, every nationality is career-focused. And I’m not sure why that’s considered the negative connotation towards black women.”

Another issue in films depicting female journalists is the glamorization of the field.

“They [movies] also make journalism seem very glamorous and exciting. Even when these journalists we see on screen are doing things that we would never teach … anyone to do in journalism school,” Ehrlich said.

When young students think of pursuing a career in journalism, it is important to have accurate and inspiring characters for them to look up to. Many people may pursue this career because of stereotypes in films and can be disappointed when it is not as they expected.

“The truth is, for a lot of real world professionals, real world journalists coming out of school, they’ll do it for two, three, four, five years and finally decide the hours are not worth it, sometimes a low salary is not worth it, I’m going to take a different kind of job that has more predictable hours, and where I can get holidays off, and maybe not have to explain to my significant other all the time. Why I can’t go out at night,” Ehrlich said.

Renzetti agrees that these movies depict a glamorized sense of what the journalism industry is really like.

“So you see this in, some representations of female journalists who are often lifestyle journalists or fashion journalists, that they live this crazy, glamorous lifestyle that is completely out of odds with the reality of what journalists actually make,” she said. “They’re living, they’re floating around the world. They’re taking planes or drinking champagne at parties, which most journalists could only ever dream of happening.”

Renzetti also said that movies present a false sense of the day-to-day activities of a journalist.

“You are probably just eating a sandwich at your desk and on the phone eight hours a day. That’s more like the reality unfortunately,” Renzetti said. “If people go into the field, just thinking it’s all going to be sort of sunshine and free champagne and flirtatious banter, you know, they’re going to be disappointed, right?”

Journalism is, if anything, the opposite of sunshine and free champagne. For women in the industry, especially women of colour, hate, racism, sexism and harassment can be very common when they are just trying to do their jobs. The whitewashing and glamorization in films can give outsiders a fallacious view of the industry.

In a world where journalists are already mistrusted by many, these portrayals are the last thing they need.