Out in the Newsroom 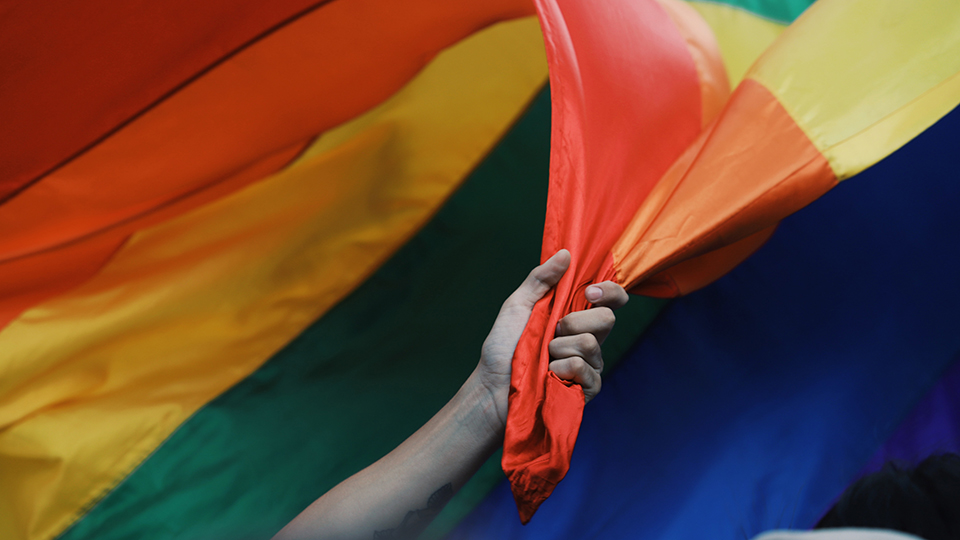 As Canadian media works towards becoming more inclusive, we continually explore the idea of what inclusivity means and how it should look. As well, discussions explore how our workplaces, companies and production teams educate and provide opportunities. Recently, there has been a rise in the representation of LGBTQIA2S+ people in Canadian media and newsrooms, but many in media say there’s still a long way to go when it comes to reaching true equality for people of all genders and sexualities.

LGBTQIA2S+ is an acronym that stands for Lesbian, Gay, Bisexual, Transgender, Queer, and/or Questioning, Intersex, Asexual, an Two-Spirit. These terms are used to describe gender identity and sexual orientation. Sexual orientation describes the way someone feels toward people in a particular way whether it’s emotionally or physically, while gender identity describes the way a person feels about their own gender.

The LGBTQIA2S+ community has been oppressed for centuries, the community has also endured homophobic intolerance that still often leads to some feeling unable to be or express themselves.

With better representation for queer communities media’s worldwide reach could be an influential force in breaking down the walls.

Stéphane Paré is a producer of original digital content at Sportsnet who is also a part of the LGBTQIA2S+ community. Paré said that there has been a lack in representation of LGBTQIA2S+ people in Canadian media and newsrooms from the industry, starting at post secondary, lacking diversity, but has seen some progress.

“I think that’s changing right now that there’s been sort of a shift in the last couple of years, as far as I’m concerned. From what I know, from what I’ve heard in the industry, that there needs to be better representation,” he says. “It’s not even just LGBT community, but just so many different facets of our community are not necessarily properly represented in newsrooms in Canada.”

There have been strides in eliminating stereotypes, homophobia and equality problems when it comes to those in the queer community.

Clearly, as the 2020 study shows problems still exist whether it’s behind closed doors or out there for everyone to see. It can really be a scary world for someone who is a part of the community. Ignorance is all over the place whether it’s within these industries and its newsroom or in the media.

“I think that it is changing and that there has been progress made there. But there needs to be even more done,” Paré says. 2020 saw many conversations surrounding diversity and inclusion, particularly around racial issues. But he says “even LGBT issues were brought up a lot as well. I think that all of these companies that own these stations know that this is a main priority now.”

Although companies say they work toward inclusive and positive work environments, the focus is more on the actions being put in place to enhance every aspect of what change may look like. In reality, some LGBTQIA2S+ people have to be aware of the environment that they are in.

When Paré originally started working at Sportsnet nine years ago, he had nobody to relate to there. Nobody knew he was a part of the LGBTQIA2S+ community, it just wasn’t something that came up often – especially a decade ago. It became an obstacle to tackle for Paré, being a gay man in a straight, male-dominated field. He says the media industry is a hard business — not only to stay in the field but to move up as well.

“When I was hired, no one knew that I was part of that community. It wasn’t something that came up,” Paré says.

“I was very careful. I’m very open in my personal life but at the beginning, anybody that’s part of the LGBT community, you kind of have to do a scan and you kind of judge: ‘okay, how open can I be for my own sort of safety or just for my own career’,” he says.

According to LGBT Realities, a 2017 survey on 13 per cent of Canadians belong to LGBTQIA2S+ communities. Conducted by CROP, a polling firm in Montréal, it determined 40 per cent of people that are a part of the community experience discrimination against their sexual orientation or gender identity. Of those, 21 per cent were fired, pressured to resign or denied employment due to being discriminated against.

A statistic like that is incredibly high in a country where being LGBTQIA2S+ is considered equal in the Canadian Charter of Rights and Freedoms.

David Rayside is a political scientist and founding director of University of Toronto’s Mark S. Bonham Centre for Sexual Diversity Studies has dealt with the politics of sexual diversity and gender for over 30 years.

He has continued to see many positive changes within the representation in the community over the years.

“We have seen a sea change in attitudes towards sexual diversity, a more significant change in public opinion, than perhaps on any other issue. So, this has been very significant. Now, some people will say, that’s not a very deep change, that there’s still prejudice,” Rayside says.

“But there’s still been a very significant change in public opinion on rights issues on, if you will, moral acceptability. You know, there was a lag and attitudes on trans issues, but even there we see significant shift in opinion.”

As for media organizations and newsrooms in Canada educating themselves on sexuality and gender, they’ve generally done more over the last couple years to educate themselves and really understand sexuality, especially Rogers Entertainment.

As far as Sportsnet, Paré says he has come to realize it has been a very open, very accepting environment.

“A lot of work has been done on that part in the last couple of years. Rogers has actually been a very open company for a long time … we still we have company values to uphold, we have a general messaging and the way that we cover stuff should be the same across the board.”

Paré says lately there has been quite a bit of training in workplaces.

“I’m pretty proud to be part of that,” he says.

We know representation needs to be better, but there also needs to be a push for LGBT people in leadership roles.

There’s no reason for those who are a part of the community to not have established roles within companies.

Companies continue to say that they’re looking for minorities, people from different backgrounds, but are still failing to give these people opportunities and it definitely shows when people voice their displeasure of what’s really going on.

Erica Lenti, senior editor at one the leading LGBTQ2S+ publications in Canada, Xtra Magazine, can certainly see there aren’t enough opportunities given to people with diverse sexualities and genders.

“There’s certainly not enough people from our communities in senior and leadership roles, for sure. I mean, look at the mastheads of any major newspaper or magazine, [you’re] probably just going find straight white people…I don’t think that represents the communities, the diverse communities across this country,” Lenti says.