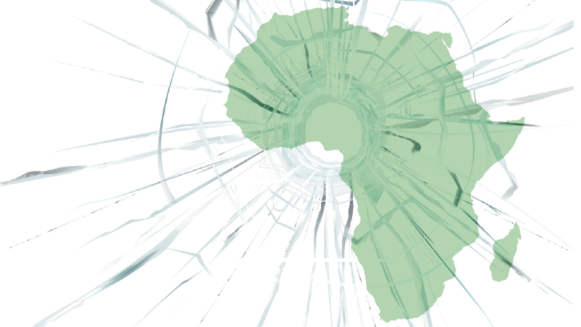 The world’s misconceptions of Africa still echo through countries and continents because they have a stereotype about Africa that has not changed.

It was a notion raised by Siyabulela Mandela during Humber’s Reckoning Symposium on Racism in Canadian media.

Mandela is the team Leader for Journalists for Human Rights in South Sudan and great grandson of the late Nelson Mandela.

He says it is always perceived as “one dark continent… where the people are barbaric.”

The continent is often grouped as one instead of looking at the 54 countries separately and making individual judgments. In 2014 former Vice President Joe Biden was mocked by Sarah Palin for calling Africa a nation; however, in 2008, Sarah Palin called Africa a country and inquired if “South Africa was a part of the country.”

During the pandemic, Mandela says media reported expectations of Africa being hit hard and people would die in large numbers.

However, it didn’t happen in the way it was predicted. People didn’t take into account that parts of Africa learned from the experiences with Ebola.

“There’s always been a colonial agenda or colonial mentality,” he said.

In an analysis from the Science journal, a group of researchers say that Africa’s readiness to take early action against COVID-19 played a critical role in reducing infections.

“Measures such as travel restrictions, curfews and school closures were implemented early in Africa compared with other continents, often before an African country had detected a case,” the scientific journal says.

The media, in general, paints African countries as if they always need saving. The hero rhetoric of the west is often prevalent when they speak about many countries in Africa. They think of Africa as a poverty-stricken place when some countries are thriving.

Melissa Levin is an Assistant Professor that teaches African Studies at the University of Toronto. Moreover, she also has a Ph.D. in Political Science from UofT. She says most of these interpretations about Africans stems from the deep history of enslavement and colonization.

Levin explains that the lazy reporting of media plays a massive role in how westerners see Africans. Some reporting is done using a template that shows the limited effort that the media tries to shatter the stereotype.

Moreover, the media tries to make it seem that the rest of the world has nothing to learn from Africa when it’s quite the opposite.

The U.S. and the U.K.. only have 11 per cent of renewable energy sources. But, Kenya has 50 per cent of energy consumption come from hydroelectricity.

Levin says that these issues stem far more profoundly, and removing these stereotypes would require society to change the way they perceive Black people.

For example, Levin says that during the WE charity scandal, the media didn’t frame it as white men are the problem. They framed it as political institutions that have a tendency towards corruption and what we need to do as citizens to engage with it.

“When you write about corruption in Africa, it should be written about in a way that doesn’t default to Africans are corrupt, that the corruption is a sign of an essential African characteristic. The media should write about it as you would write about it in Canada where corruption is a sign of political institutions that need to be renewed and need to be strengthened.” Levin says stereotypes have lengthy history; they didn’t emerge out of anything. The stereotypes about the Continent today are built from the adverse history of enslavement and colonization.

These stereotypes even cross over into Africa’s business aspect, regardless of the fruitfulness and promise that is possible within many African countries.

What most people do not realize is that the economy in many countries in Africa is booming.

A study published in Deloitte said that increasing consumer demand would lead to around eight per cent in annual growth. This would lead to approximately $1.1 trillion in Africa’s GDP in 2019. Some of these expanding markets are Mozambique, Uganda, and Ethiopia. The larger economies like Nigeria, Egypt, and South Africa are continuing to thrive.

Jaco Maritz is an entrepreneur from South Africa that runs How we Made it in Africa and a former Editor for a Nigerian magazine called TradeInvest Nigeria. How we made it in Africa specializes in talking to Africa’s top entrepreneurs and business people to reveal how they built their businesses, the business trends, and opportunities in the respective countries.

Maritz says that most of the media coverage on Africa, historically, was negative and focusing on wars and political quarrels. Even though his company’s primary purpose wasn’t to showcase how fruitful Africa is or can be, they’ve contributed to changing the narrative because they showed an abundance of African opportunities.

One thing to take notice of is that Africa’s technological industry is on the upswing with new innovative ideas that are not even happening in the west. Maritz says that Africa is “leapfrogging old legacy ways of living” for creative solutions.

“One example would be, which is also in the book is, all these off-grid solar companies, you buy a package, which includes the solar panels, a few lights, and phone chargers, TVs are also included in the package,” Maritz says.

“You pay a daily rate or a daily amount to keep the system connected. And once you’ve paid off the system after two years or so, you own it. And people can also pay with mobile money. It’s not something that was copied from Europe or Japan, it is a homegrown solution.”