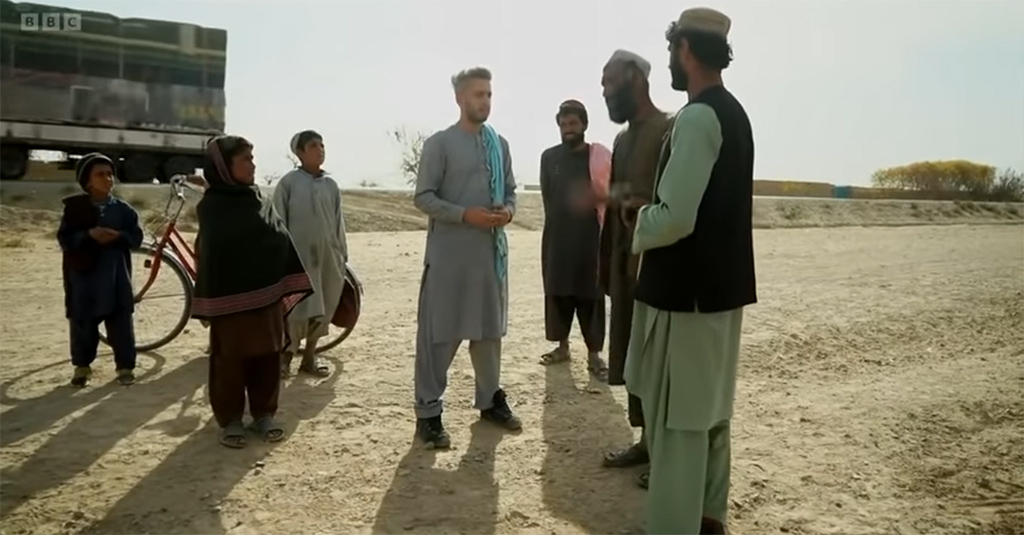 ”Europe is about to blow up and all I can get from my foreign staff is a daily guessing game. I want some facts, Mr. Bradley.

Any kind of fact. There must be something going on in Europe… besides a nervous breakdown.

Why not try sending me over, Mr. Powers?

You’ve written a book on economics or something. ‘The Twilight of Feudalism’?

Yes. It was very well received.

Not by me. I don’t want any more economists, sages, or oracles bombinating over our cable. I want a reporter. Someone who doesn’t know the difference between an ism and a kangaroo. A good, honest crime reporter. That’s what the Globe needs. That’s what Europe needs. There’s a crime hatching on that bedevilled continent.”

That’s the scene from one of the most iconic movies about journalism. ‘The Foreign Correspondent’ premiered in 1940 about a journalist’s life reporting abroad in times of war. Since that time, journalism has changed a lot.

With the development of technology, the nearly 350-year-old journalism industry is going down. Since the first news stories from the colonial world were published in foreign newspapers, the industry has continued to develop. Migration and war only reached their peak in the 20th century.

The modern world has let down foreign correspondence, wiping it out of many news outlets. Progress in communication technology has made it easier to find local reporters who know more about an issue in their area, know the language and culture, are trusted in the community and obviously cost way less.

“There’s not as many [journalists], [as] there used to be, I would guess because a lot of the foreign work has been gone and has been outsourced to fixers,” Brent Jolly, President of the Canadian Association of Journalists, said.

Tickets, accommodation, insurance, food, equipment, transportation and salary are some things that a lot of media groups can’t afford now. This has forced them to close many of their international bureaus worldwide.

“It’s increasingly unsafe,” Jeffrey Dvorkin, a professor at the University of Toronto, said. “There’s a lot more violence out there and journalists are being targeted and assassinated. News organizations, especially in the West, are unwilling to pay for more war insurance because to send someone into a war zone for a week could cost anywhere between $50,000 and $100,000 just in the insurance costs alone.”

Dvorkin has been teaching journalism for the past 15 years. Before that, he was co-chair of the Canadian Journalism Foundation, Executive Director of the Organization of News Ombudsmen and worked for NPR and CBC.

Dvorkin believes that media outlets are not spending the money to keep international bureaus up.

“They’d rather have wire services like Reuters and the Associated Press assemble the story with a few visuals and some audio, and then a reporter and an editor in Toronto can reassemble it and hope that there may be a local angle that they can do,” he said.

“I think what’s happened now is that in Canada, we are not reporting on international news the way we once did. There are a few very good foreign correspondents out there, but not as many as there once were,” Dvorkin said.

“It makes reporting foreign stories both easier and more difficult — difficult because when you can do the story from a certain distance, you’re not really reporting the story. You’re really just assembling the story to understand the difference, and right now, media organizations are looking for ways to do international reporting more cheaply.”

Dannika Lewis is a Senior Manager of Media and Communications at Columbia Association. In her bachelor’s research at Elon University in 2010, she found foreign editors saying “an overseas bureau can cost at least $250,000 annually to maintain.”

“In some organizations [they] do still have bureaus in some places, but it’s gone to a lot more sort of hops, where people are in Washington or London and cover Europe. You know, we don’t really cover Africa very much, aside from a couple of publications,” Brent Jolly said.

Medical insurance is a must-have in today’s reality to cover not just physical health, but mental wellness too. Journalists are the first ones to see what is going on in the world; they are the first ones to record disasters. Then, the information must be reviewed and not all visuals and faсts are suitable for everyone.

James Buck is an international freelance photojournalist based in Vermont, U.S. He travels worldwide for his reports. During the coverage of one of his stories in 2008, James and his translator were caught by the Egyptian Police Force. He then had some time to make a single post on Twitter that read, “Arrested.”

His colleagues operatively started to work toward his release.

“It seemed like a movie, and when I realized it was really happening, I was so terrified,” Buck said.

In prison, Buck recalled that he was tricked multiple times. First, he had his passport taken away from him, then he was separated from his translator and forced to fill out the paperwork. He was released, but not for long. He got arrested again shortly after.

“It took me a lot of years to recover because I didn’t have good support, and I ended up with PTSD, as it’s very common for people who do that type of work and addiction is another common symptom of trauma,” Buck said.

There is more coverage on how journalists have been hurt physically, but not on common mental health problems.

One of the biggest media broadcasters in Canada is CBC. Its international news department runs bureaus in London, Moscow, Washington, D.C. and New York.

Derek Stoffel, an executive producer of world news coverage at CBC, reported foreign news for more than 20 years. Eight of which he dedicated to the Middle East.

Stoffel’s crew counts coupe dozens of staff with the perspective to grow larger, but he said he “would never send a reporter out where there are discernible problems.”

“There are challenges at all times when it comes to reporting, whether that’s making sure that your crews are safe when they’re going into a conflict zone, and you know, the emergence of the COVID pandemic just meant that we had to a new set of issues that we have to deal with,” Stoffel said.

“When covering a war zone, there’s nothing you can do to fully protect your staff 100 per cent, but I’ve been really confident with the measures that we’ve had in place throughout the last 18 months, or even longer now that you know that we are doing our best to keep our teams and our journalists safe,” he said.

But why all the risk for the sake of a failing industry?

The Pew Research Center for the People & the Press found out in 2018 that foreign news is less followed than local or national news. It found that Canadians like to read American news (28 per cent of respondents) more than other international stories (18 per cent), but nearly two-quarters of people follow local and national news.

Their other research showed a fall in interest in international stories. People were reading foreign headlines more closely in 2011 than in 2012.

The future of international reporting is unclear, as it depends on a lot of things. People with contrasting opinions still agree on one thing — there will be a future for the industry. That said, while some see it bright and easy, others have a list of “ifs” and “whens” that need to happen first.